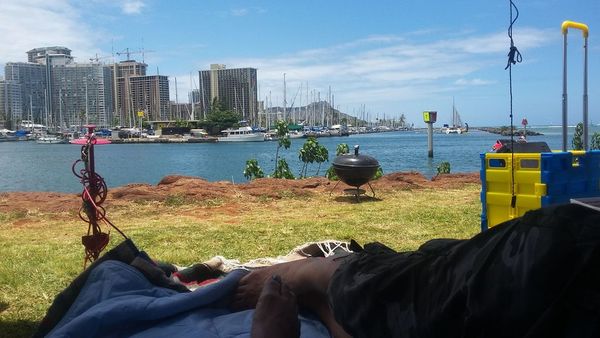 Let's all come together for own likeness and love of our own culture, of other's culture, and remember that IT IS NICE TO BE IMPORTANT, BUT IT'S MORE IMPORTANT TO BE NICE!!! Bachatahisian is an acronym for the different types of dancing around the world.

HOW DID THE ACRONYM CAME TO LIFE?

During moments of solitude in 2007-2008, the idea to continue to dance and continue to grow blossomed, and it was in the fall of 2008 after my graduation walk at the class of 2008 HPU Master's Degree in Social Work Graduation ceremony I had decided to making it my new goal to pursue dancing more. I've always love to dance, to continue to grow, and always follow my heart and mind. I had been performing mostly solo at private & public events so it was only fitting to follow through w/ action and start something that involves growing, but w/ others from all walks of life around the world.

And the rest is history :)

2010 HAWAI'I BACHATAHISIAN ENSEMBLE was first introduced locally in Hawaii and US Mainland.

Hawai'i Bachatahisian Ensemble (aka Hawaii BachaTahitian Group; Hawai'i Bachateros; Filipino Bachateros' BACHATAHISIAN) formed in 2010 with a mission and vision to PERPETUATE FOUR RESPECTIVE CULTURAL HERITAGE: Hawaiian, Polynesian, Latin, and Filipino through art, dance, and music Islandwide, Nationwide, and International. However, going back to how BACHATAHISIAN CAME TO LIFE and the interest in other dancing continues to heighten and flourish, the mission and vision expanded to perpetuate all 7 continents' cultural heritage through dance, music, and arts.


Dicionary.com defines ENSEMBLE (noun, plural) as
1. all the parts of a thing taken together, so that each part is considered only in relation to the whole.
2. the entire costume of an individual, especially when all the parts are in harmony: She was wearing a beautiful ensemble by one of the French designers.
3. a set of furniture.
4. Music .
a. the united performance of an entire group of singers, musicians, etc.
b. the group so performing: a string ensemble.
5. a group of supporting entertainers, as actors, dancers, and singers, in a theatrical production.