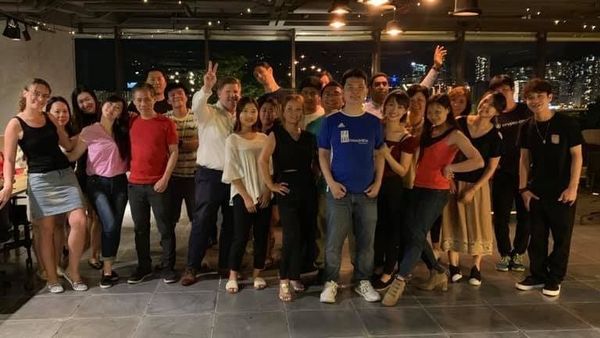 (1) Are you that kind of person that was once in a dance party and felt intimidated because everyone was dancing but not you?

(2) Have you hesitated to ask someone for a dance?

(3) You know how to dance but you wonder why professional dancers are way better and you are not.

(5) You are tired of other dance events and you need an event where you can not only just dance, but also make new friends that will last and have a better social life

If you answered "yes" to at least one of items above, this is the group for you!

We want to bring you the original Cuban casino dance.

The Cuban son was renamed "salsa" in New York by the record company called FANIA RECORDS and skillfully marketed as the identity of the Latino minorities residing in the United States. The Cuban Son was resold by non-Cubans to Latin America and to rest of the world as a new musical genre, without being so.

Today, many Latin American artists and other countries interpret Cuban music under that commercial name, even knowing that regardless of the style of each one, the musical architecture of this genre is still the "Cuban son".

The rhythmic cell identifies a genre in the same way that fingerprints identify a human being. The rhythm cell of Cuban Son (the key) has not changed. The so-called "salsa" groups are musical formats born in Cuba such as ensembles, soundtracks, charangas, combos or a version of these.

The "badly called salsa" does not have its own rhythmic cell or its own musical format, but it is the same Cuban son played by other artists. This fact presupposes the "non-existence of salsa" as a new musical genre, and declares by default a way to sell Cuban music under another name.

This phenomenon allows a kind of segmentation of the Market based on the formula: "Salsa vs. Cuban Music" that favors a biased competition in favor of Cuban music "non-Cuban" (salsa) through the commercial dictatorship that the media propitiate massive as the radio, TV, and the internet.

Also, the tendency towards the politicization of culture is actively against the dissemination of the most authentic and original form of this music.

On the other hand the dance academies take advantage of this phenomenon to spread a mutant style of the traditional Cuban Son and its modern version: "The Casino Ballroom" calling it "linear salsa" and sold as "LA Style" or "NY Style " The promoters of events and DJs often refuse categorically, with avowed intention, to put Cuban music in the dance spaces so as not to make evident the impossibility of the "online dancers" to follow Cuban music when dancing and to be obscured in the track for the authenticity and choreographic congruence of the casino dance.

Due to the innumerable intrinsic technical defects of an artificially created style, the dancers of the so-called "linear salsa" can not correctly follow the rhythm of good music; understand: Popular Cuban Dance Music and justify their low level of dance with "they are different styles". The most astute steal the organicity of Cuban dance and disguise it within their mannered (distorted) style.

The industry of teaching these dances is an industry in which you compete crudely. The consumer market of this cultural product is unbalanced and it is time to stop being paternalistic and passive.

The Cuban Salsa Lessons Meetup is a call for the safeguarding of the cultural heritage of the Cuban people and a movement to support their artists and their music as a national identity.
Let's start with ourselves. Let's not call Cuban Salsa our music or our popular dance.
Let's call Son, Son; and the Casino dance, Casino. Let's dance with the music that corresponds to it and promote what is ours first. That is to ten of last the genuine, the authentic, the original.
Respect for our music and dance begins with ourselves.
If tomorrow we are 10, good! If we are 100 past, better! If in a month we are 1000, even better! And if one day we are millions, then things will be very different and our children and the whole world will have the corresponding cultural legacy.