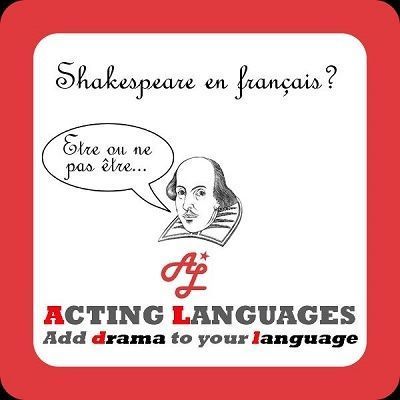 • Have you always been fascinated by acting?

• Are you learning a foreign language and are you interested in improving or practising your speaking skills?

Are you from another country? Do you miss speaking your own language?

We have launched a French Drama course where French learners and native speakers meet and learn together. They get to know one another through drama, exercises, improvisations, scenes and carefully selected texts.

We are planning to launch Italian Drama very soon... And other languages will follow too!

Through Acting Languages, native speakers meet with local people in a friendly settings , while language learners get an exceptional opportunity to exchange with native speakers and boost their confidence.

But Acting Languages is much more than mere drama: it is a cultural exchange too and promotes languages through other activities that reflect the identity of a culture (cinema, cooking, music, traditional dancing and arts).

Ready to sprinkle a touch of drama on your language?